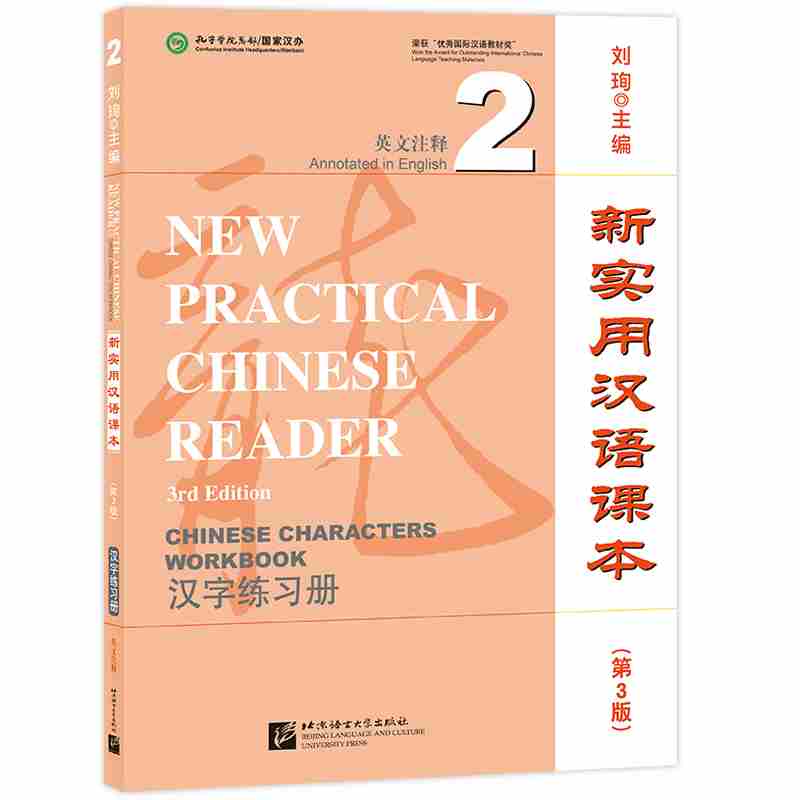 As the second generation of the Practical Chinese Reader series, New Practical Chinese Reader (NPCR) is a series of comprehensive Chinese teaching materials for adult students in countries other than China. The two generations together have exerted an influence in the international Chinese teaching circles for over 30 years. Its third edition centers on a few international students, telling interesting stories about their life and friendship with their Chinese friends and teachers in China. The revision regarding the third edition adheres to the aim of making it “easier to learn” for students and “more convenient to use” for teachers and maintains the pedagogy of “the integration of structure, function and culture”, striving to develop students’ comprehensive use of the Chinese language, especially the ability of cross-cultural communication, through the learning of language structures, functions and relevant cultural knowledge as well as the training in listening, speaking, reading and writing skills.

Liu Xun is a professor at Beijing Language and Culture University (BLCU) and a chief editor and reviewer of Chinese textbooks in Beijing Language and Cultural University Press. Mr. Liu has successively served as a member of the National HSK Advisory Committee, a member of the TCSL Expert Advisory Committee of Hanban, a board member of World Chinese Teaching Association, a consultant of Chinese teaching for the New York State Department of Education, a visiting professor in Renmin University of China and Beijing Foreign Studies University, and a member and leader of the academic committee of BLCU. He once worked as a teacher in Ohio State University, University of Maryland, Middlebury College, and The Chinese University of Hong Kong, and gave lectures or academic reports in Australia, UK, Canada, Norway, Russia, Egypt, Thailand, Singapore, Macao and Taiwan among other countries and districts. Mr. Liu has won the Canadian TCSL Maple Award in 2014. His publications include monographs such as Introduction to Chinese as a Foreign Language Pedagogy, Introduction to Teaching Chinese as a Foreign Language, Brief Introduction to Teaching Chinese as a Second Language, An Overall View of Teaching Chinese as a Foreign Language, and widely popular CSL textbooks such as New Practical Chinese Reader, Practical Chinese Reader, and Chinese Textbook for Children. Mr. Liu has been awarded a special government allowance by the State Council of China.

Chinese Characters Workbook comprehensively collects all the new Chinese characters appearing in each lesson of the textbook (except the Chinese characters in supplementary new words). Each Chinese character is provided with a variety of information, such as the pronunciation, form, meanings, strokes, stroke order, radicals and word combination, so as to enhance students’ recognition, reading, writing, memorizing and using of Chinese characters.

(2) Focus on the basics and an easy introduction

(3) Pay attention to transiting from easy to difficult

The writing exercises in Chinese Characters Workbook have a gradient design, which start with writing and ask students to trace follow the writing examples, and then remove the “crutches” and write independently according to the stroke order and stroke writing examples.

(4) Enhance the recognition, memorization and learning of radicals

Each character in Chinese Characters Workbook are provided with its radical, which is convenient for students to accumulate knowledge on radicals, enhance their understanding of Chinese radicals and semantic components, and facilitate them to learn the forms and meanings of Chinese characters.

To be used together with the textbook.

Read, write and memorize the related Chinese characters after learning each lesson.