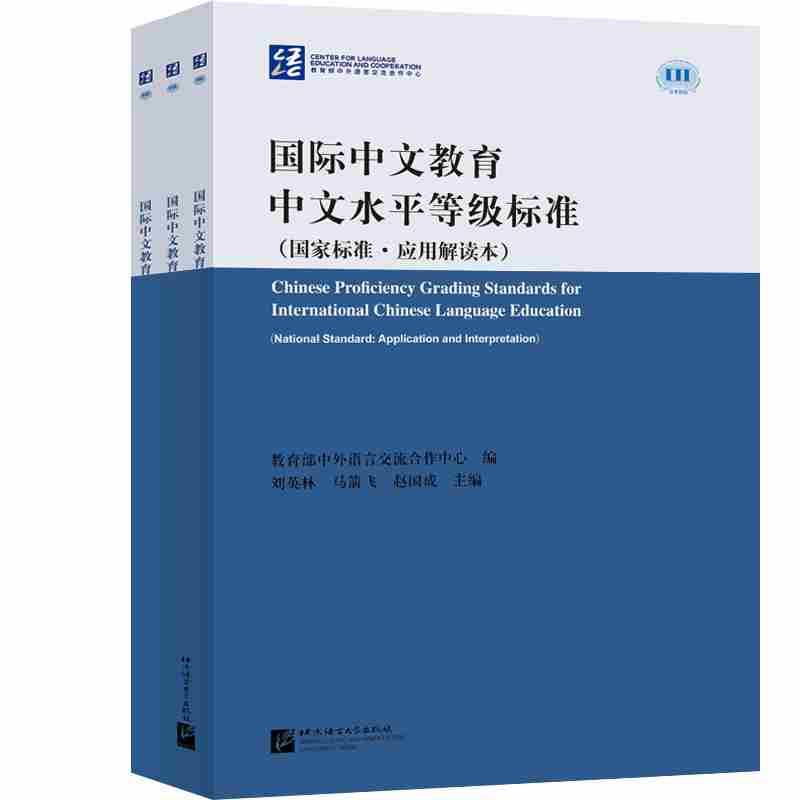 The Interpretation is divided into three volumes.

Volume 2 focuses on the Vocabulary List in the Standards, marking the parts of speech of words at each level and including an additional overall list arranged in alphabetical order.

Volume 3 focuses on the Syllabus of Grammar in the Standards, making a complete review of the syllabus and numbering grammar points at all levels in sequence.

1.  The Interpretation is an important reference book that helps study, understand and apply the Standards;

2.  The Interpretation employs more diversified forms of presentation and more convenient ways of retrieval to facilitate the reader’s search and use.