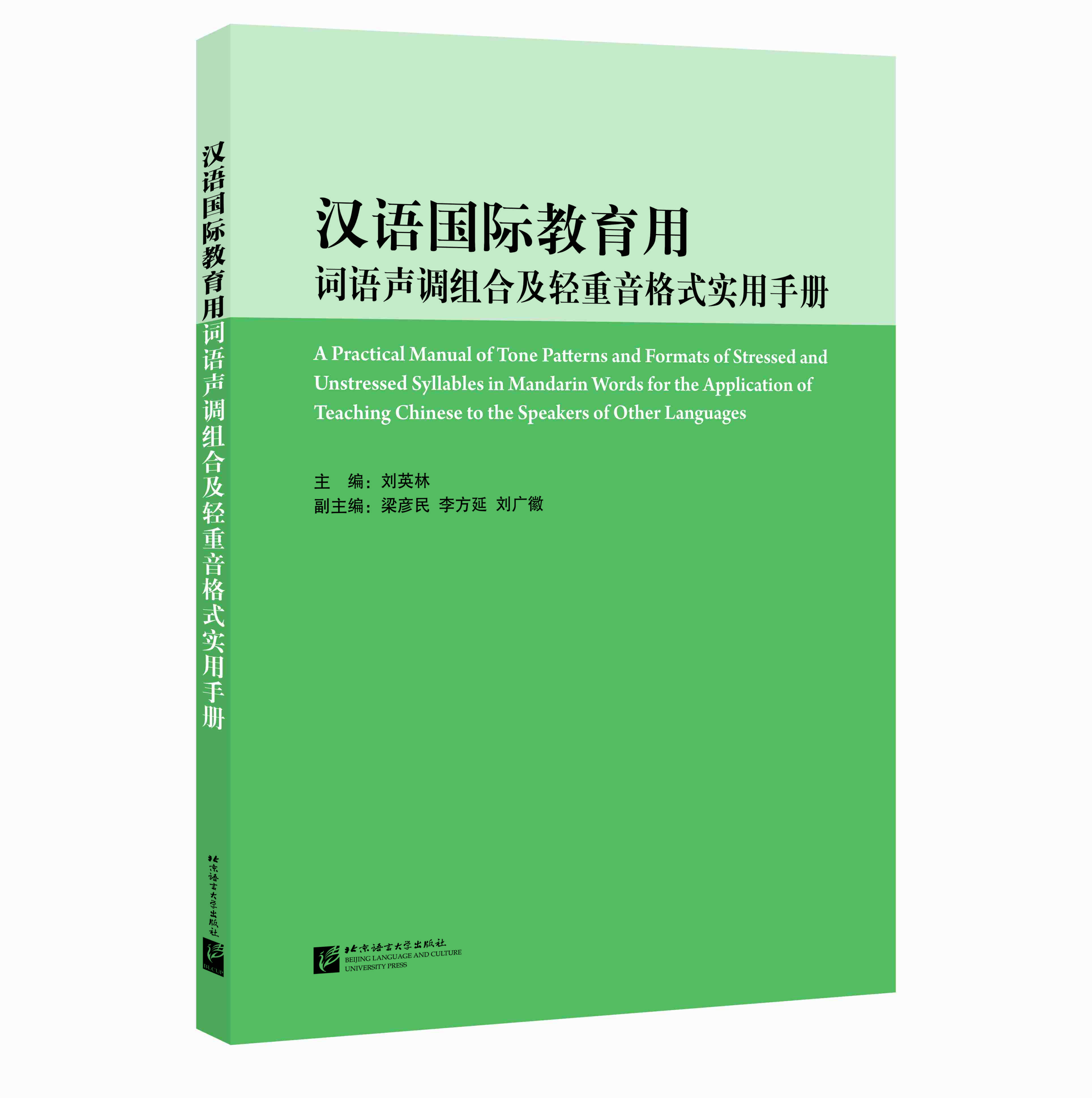 This is a reference book aiming to help students learn the tones of Chinese words and the rhythm of unstressed and stressed tones. The 11,092 words included herein, being wide-ranging and scientifically graded, come from The Graded Chinese Syllables, Characters and Words for the Application of Teaching Chinese to Speakers of Other Languages, the first globally-oriented national standard for TCSOL. In this book, there are two vocabulary lists: a total list organized in alphabetical order and a list ordered by word level, number of syllables, tone combination, and tone pattern. All the words are provided with recording in standard pronunciation to facilitate students’ intensive practice. This book can be used as a pronunciation teaching material for non-Chinese speakers, or as a reference book for the computer-based HKC test, for Chinese ethnic minorities to learn Chinese and Putonghua, or for the overall design, textbook compilation and teaching research of TCSOL.

Liu Yinglin is a professor at BLCU and Hong Kong Polytechnic University, first director of BLCU and Hanban HSK Test Center, one of the initiators of the HSK test (a doctoral fund program of China’s State Education Commission), holder of a lifetime entitlement granted by the State Council in 1992, a consultant of Hong Kong Certificate of Education Examination and committee member of HK Language Proficiency Assessment for Teachers since 1996, and a HSK advisory committee member during 2004-2006. Mr. Liu is the chief editor of the first book in China on HSK studies, chief editor of Chinese Proficiency Levels: Standards and Grammar Syllabus, planner of the PSK test in Hong Kong, and leading expert in the development of The Graded Chinese Syllables, Characters and Words for the Application of Teaching Chinese to Speakers of Other Languages (the first national standard for TCSOL). Since 1997, Mr. Liu has been a course consultant of Chinese language and Putonghua in the School of Continuing and Professional Studies at The Chinese University of Hong Kong.

Liang Yanmin is an associate professor at BLCU and a former principal of the Confucius Institute at The University of Sheffield (UK), whose areas of expertise include TCSOL, Chinese characters teaching and research, and Confucius Institutes research.

Li Fangyan is a lecturer at BLCU and a researcher of experimental phonetics, who has participated in the development of The Graded Chinese Syllables, Characters and Words for the Application of Teaching Chinese to Speakers of Other Languages.

Liu Guanghui is an associate professor in the School of Teacher Training at BLCU, who has been engaged in language teaching since 1959. Liu has much expertise in the teaching of phonetics and has authored several books.